Some designers might find this control method acceptable and efficient, but those designing for mission-critical applications may not yet be ready to fully entrust their design and the safety of its users to AI. For these applications, one or more levels of redundancy and safeguards are required.

This article looks at three examples that demonstrate the use of AI in power management systems. It then describes three ways to provide backup in case the AI function fails and shows how to use solutions from Texas Instruments, Monnit Corporation, EPC, and Intersil to implement these ‘Plan B’ alternatives.

The role of AI in power

Power designers were originally reluctant to use digital power in their designs, but it is now pretty well accepted. AI is the next major leap and some early beginnings of AI in power management were highlighted at APEC 2019. However, this technology is so very new that power designers need to be wary of AI creeping into their power management system too early in its development. Still, AI’s use in power systems is inevitable and power designers need to prepare for it. The concern here is that someday a power supply might respond with the equivalent of, “I’m sorry Dave, I’m afraid I can’t do that.” That’s when a ‘Plan B’ is needed.

For a Plan B designers need to think of redundancy in their designs, or even better, have a sure-fire alternate system design that can take over an AI function that is not working as planned so a mission-critical system can keep running.

AI in the smart grid and in renewable energy systems1

The use of expert systems, fuzzy logic, and artificial neural networks (ANNs) are stepping stones to AI that are already revolutionizing the smart grid (SG) and renewable energy systems (RESs). While AI can greatly improve the performance and adaptability of the SG and of RESs, these are also good examples of mission-critical systems that need a Plan B.

SGs have the unique opportunity to employ distributed RESs into the grid architecture and to enhance that power segment with wind, photovoltaics (PVs), and other renewable sources.

These sources require the use of bulk energy storage systems such as batteries, flywheels, hydrogen, and others to provide power when renewable sources dip, such as on calm days for turbines and at night for PVs.

Because it supports renewable energy technologies, the SG is unique as compared to power grids employing only conventional power sources in that there are so many variables, such as a continuously variable supply and demand in the electrical distribution system. The SG addresses this variation with the use of smart meters all along the grid that help optimize power generation and supply energy to the areas with the most demand, while keeping lower demand areas running efficiently.

This is a complex task and AI can help to optimize wind power generation, storage, and distribution in the most efficient manner.

One of the key applications that can benefit from AI in a wind power generation system is the maximum power point tracking (MPPT) function shown in Figure 11.

In Figure 1 there are two MPPT controllers: MPPT-1 and MPPT-2. Both MPPTs use a Mamdani-type fuzzy inference system (FIS) to create a control system. Mamdani is but one of a number of fuzzy logic methodologies that can be used for an AI system.

Inside MPPT-1 is a fuzzy logic controller (FLC) that is used to tune the turbine speed in order to determine maximum power through optimization of the turbine’s aerodynamic efficiency. MPPT-2 also has an FLC, in this case, to optimize the generator stator flux in order to get its maximum power at light loads.

Still, the MPPT functions are such that they definitely require a ‘Plan B’.

Make no mistake, the use of AI leads to better MPPT solutions for wind generated power; there are not many, if any, better ones on the market right now.

While the two MPPT functions in this case are essentially efficiency functions and may not necessarily lead to a catastrophic failure, they do enhance the power conversion efficiency, which is an important factor when generating energy.

A logical solution for a Plan B would be to insert a relatively conventional MPPT solution, such as Texas Instruments’ SM3320-BATT-EV/NOPB-ND battery charger power management evaluation board into the system prototype. The demo board contains the SM72442MTE/NOPB, a programmable MPPT controller IC for PV systems. This demo board will need to be tailored a bit to perform with a wind turbine charger.

This design will work if the battery can absorb full power from the turbine, or the designer sets up a parallel load to the battery that can be switched in to dump the excess power when the battery is sensed as being full. It’s important to remember that this is just a fallback solution in case of an AI failure; AI is still the primary solution here.

Power generation in an all-electric aircraft

Generating and controlling power in an all-electric aircraft is a daunting task4. The goal here is to generate stable electrical power and regenerate the power already circulated through the system. Feedback and systems that optimize the power system are a must-have and need to be done in real time. In order to achieve this, the use of additional processing and communications systems, as well as the addition of more sensors and actuator systems, are necessary.

The use of intelligent control of a synchronous generator driven by an AI generator control unit (GCU) provides feedback control of the aircraft as shown in Figure 2.

Figure 2: An all-electric aircraft system model shows where AI resides in the power system and how the overall system functions. (Image source: “AI-based Power Control of an All-Electric Aircraft,” IEEE)

This AI addition enables the system to learn from past power management decisions in order to adapt to requests from users in real time.

The aircraft power is typically generated from a mechanical engine or a storage system like a battery. The GCU comprises a voltage regulator, an exciter, and a stabilizer. The feedback to this control system comes from the primary distribution unit (PDU).

This simple AI GCU architecture allows designers to employ a ‘Plan B’ very easily with the use of a voltage regulator, which is part of the GCU, designed using GaN power transistors such as EPC’s EPC2001C GaN FET. GaN devices are ideal as the power driver in the aircraft regulator (an automatic voltage regulator, or AVR) because of their high-speed switching capability. This allows the use of smaller magnetics, lowering the aircraft weight. GaN FETs are also highly efficient, allowing the use of smaller heatsinks or no heatsinks at all, further reducing the size of the system.

To convert generator AC to DC inside the GCU, designers need to add a static exciter (essentially a voltage inverter) to provide for field generation. The static exciter, via a thyristor bridge rectifier, rectifies part of the AC generator output to ultimately supply DC voltage for aircraft systems. The stabilizer portion of the GCU measures improvements in the system stability.

The Internet of Things (IoT) is enabling the connection of any device to the internet, often over a radio interface. AI can help reduce the complexity of these connected systems using cognitive communications where machines will be better able to understand people.

A typical factory may use many thousands of sensors from machines and processes. To be successful, the system needs reliable communication and low latency to make real-time decisions. In order to do this successfully, intelligence needs to be embedded right at the sensing source.

For designers, this requires moving more intelligence from the cloud to the network edge to enable decision making right at the IoT node. Using machine learning (ML) and AI techniques will create actionable intelligence at the edge (Figure 3).

Figure 3: Shown is the process whereby AI performs reinforcement learning (RL) to locate optimal transmission frequencies and maximum power levels. It shows the Intelligent Node (a); States, actions, rewards of the Intelligent Node with AI (b). (Image source: “Intelligence at the Edge of Complex Networks: The Case of Cognitive Transmission Power Control,” IEEE)

Per Figure 3, we see that AI uses Reinforcement Learning (RL) to locate optimal transmission frequencies at maximum wireless power levels, and learns to minimize packet collision and latency in its wireless communication at the edge of the network. In this manner, AI self-learns the best means to determine the optimal available wireless communication channels that will enable low-latency communications, which in turn provides for almost real-time action to enable the best transmission power control (TPC) possible.

Plan B can be implemented here using a remote sensor monitoring kit, such as Monnit Corp.’s MNK2-9-EG-PHL. This kit can be switched in when needed to keep the system functioning until a technician can get to the site to assess the problem and replace a faulty component, module, or board to restore full operation.

Although the kit will not be able to think and learn, the system will continue to function, and data will not be lost. Once the system is evaluated and the error isolated, then full functionality can be restored without missing any data transmissions.

AI will enhance electronic power design architectures in a great many applications, and may eventually learn and adapt as well as or better than a human. For now, the technology is in its infancy and needs a ‘Plan B’, especially in mission-critical applications.

As shown, power designers have many options for implementing a ‘Plan B’ in their designs with parallel systems that can kick in when problems are detected in the main system. Vendors have provided evaluation kits for fast learning, while discrete designs can be created that can take over particular functions in an AI system when necessary. 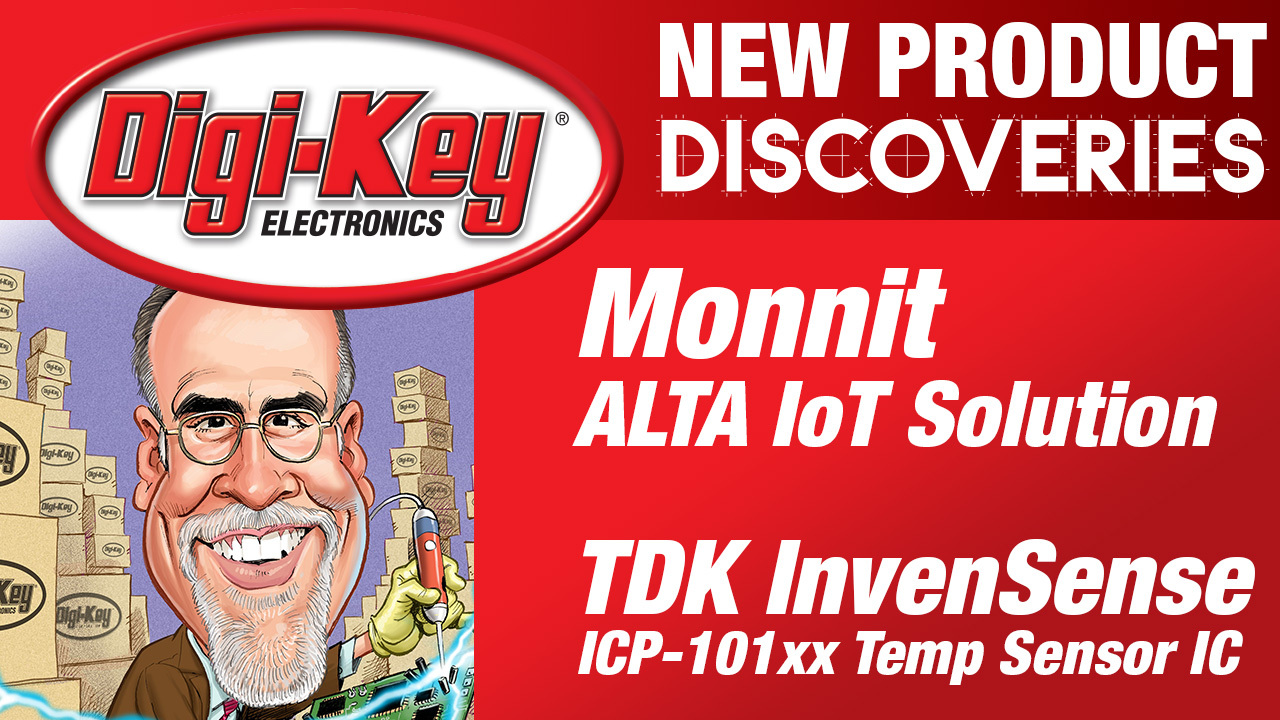 Steve Taranovich is a freelance technical writer with 47 years of experience in the electronics industry. He received an MSEE from Polytechnic University, Brooklyn, New York, and his BEEE from New York University, Bronx, New York. He was also chairman of the Educational Activities Committee for IEEE Long Island. Presently an Eta Kappa Nu Member and an IEEE Life Senior Member. His expertise is in analog, RF and power management with a diverse embedded processing education as it relates to analog design from his years at Burr-Brown and Texas Instruments.