The Importance of Resonance and Resonant Frequency in Audio Systems

By Jeff Smoot, VP of Apps Engineering and Motion Control at CUI Devices

There are two key challenges for designers working with resonant audio systems. The first is to take advantage of the resonant frequency and resonance zone of a speaker or buzzer to produce the greatest output sound pressure level (SPL). The second is to avoid resonance inducing buzzing and rattling in an audio device’s enclosure and mounting system. Although resonance is a familiar concept, this article will review its implications in audio design, including the challenges mentioned above, factors affecting resonance, how to read a frequency response curve, and more.

To understand the impact of resonance, it first needs to be understood at a basic level. Resonance takes place when a physical object or electronic circuit absorbs energy from an initial impulse and then keeps vibrating at the same frequency, although with diminishing amplitude, and no further force acting upon it. The frequency at which this behavior occurs is known as the resonant frequency of the system, designated as F0.

Resonance can appear in many contexts. Guitars provide a perfect everyday example as they produce sound entirely by vibration. When a player plucks a string of an acoustic guitar, it vibrates and transmits the sound energy into the hollow wooden body of the instrument, making it resonate and amplifying the sound it produces. Similarly, an LC filter can resonate as a tuned tank circuit if it is stimulated by a signal at just the right frequency. This effect is used in basic radios to capture a broadcast signal by adjusting the value of the capacitance or inductance in the tank circuit so its resonant frequency matches that of the broadcast frequency. Electromechanical resonance in a piezoelectric crystal oscillator can be used as a frequency reference.

An overview of audio output components

Mechanical resonance is affected by weight and the stiffness that connects different masses together. When it comes to standard speakers, this mass is the diaphragm (or cone) and the stiffness is reliant on the flexibility of the suspension that joins the diaphragm to the frame. Because speakers are manufactured in many different ways, each speaker type may yield varied resonant frequencies.

Other factors that will cause a speaker’s resonant frequency to vary include the cone material, the suspension thickness, and the electromagnet size, which is attached to the rear of the cone and impacts weight. In general, lighter, stiffer materials and flexible suspensions result in higher resonant frequencies. For example, high-frequency tweeters are small and light with rigid mylar cones and highly flexible suspensions. By modifying these factors, standard speakers have a frequency range somewhere between 20 Hz and 20,000 Hz.

Another type of audio output component is magnetic transducer buzzers. These separate the driving mechanism from the sound-producing mechanism in a different way than a speaker. Due to a lighter diaphragm that is joined more rigidly to the frame, magnetic transducers have a higher normal frequency range, but with reduced range. They typically produce sound from 2 to 3 kHz with the added benefit of needing less current than speakers to produce the same SPL.

Lastly, there are piezoelectric transducer buzzers, which are even more efficient at producing higher SPLs given the same amount of current as their magnetic counterparts. Utilizing the piezoelectric effect, they vary an electric field to cause the piezoceramic element to bend one way and then another, resulting in the output of sound waves. This piezo material is generally stiff, and the components used in these types of buzzers are small and thin. Piezo transducer buzzers like magnetic versions generate high-pitched noises between 1 to 5 kHz with a narrow frequency range.

Designing speakers or buzzers that take advantage of resonance is a complex task that involves considering the desired resonant frequency or resonant frequency range, the characteristics of the speaker or buzzer that will be used, and the shape and size of the enclosure it will be mounted in. These factors can influence each other quite radically.

For example, mounting a small speaker in a very large enclosure will allow it to move freely and so the resonant frequency of the system (speaker plus enclosure) is likely to be the same as the intrinsic resonance of the speaker operating in free air. But if you put a speaker in a small, tightly sealed enclosure, the air inside will act as a mechanical spring that interacts with the speaker cone and affects the system’s resonant frequency. There are other interactions, such as the non-linear electrical drive characteristics, which must also be considered to achieve an efficient design.

Given this complexity, the best way to proceed with any sort of audio design is often to build some prototypes, measure their characteristics, and then adjust to produce the best output with the chosen audio source. This prototyping-based approach can also help designers to understand and compensate for the fact that component characteristics will vary within manufacturing tolerances and enclosure geometries and stiffnesses will be subject to production variations. A hand-built speaker populated with the best components selected from a batch often reaches a performance that is difficult to achieve repeatedly using mass-production techniques and standard components.

Enclosures, particularly for speakers, must also be designed to have enough internal space for the audio energy being produced to develop without attenuation. A modest 3 dB reduction in SPL, caused by the enclosure covering or materials, will halve the output sound power. CUI Devices’ “How to Design a Micro Speaker Enclosure” blog post discusses this in more detail.

For example, the datasheet for CUI Devices’ CSS-10246-108 speaker says it has a resonant frequency of 200 Hz ±40 Hz, but its frequency response graph shows another resonant spike at roughly 3.5 kHz. There is also a resonant zone from approximately 200 Hz to 3.5 kHz. Designers can take advantage of these insights to match their speaker choice to their application.

As another example, CUI Devices’ CMT-4023S-SMT-TR magnetic transducer buzzer lists a resonant frequency of 4000 Hz on its datasheet. This is confirmed via the buzzer’s frequency response graph below. Alternatively, to simplify resonance issues, buzzers are also available as audio indicators which feature built-in drive circuitry. As their operation is set at a fixed, rated frequency, these internally driven devices do not need a frequency response graph because they are designed to maximize SPL in their specified frequency window.

When designing an audio device into an application, engineers must consider the device’s resonant frequency to ensure that it produces the greatest SPL without inducing unwanted vibrations. This means using vendor-supplied data, particularly the resonant frequency, as a starting point in a design and then optimizing the design across the resonant zone that exists around this value. Once an initial design has been completed, prototypes should be used to check that the way the audio device interacts with its enclosure and its mounting matches the designed performance. CUI Devices offers a range of audio solutions across the frequency spectrum to help engineers find the right component for the job. 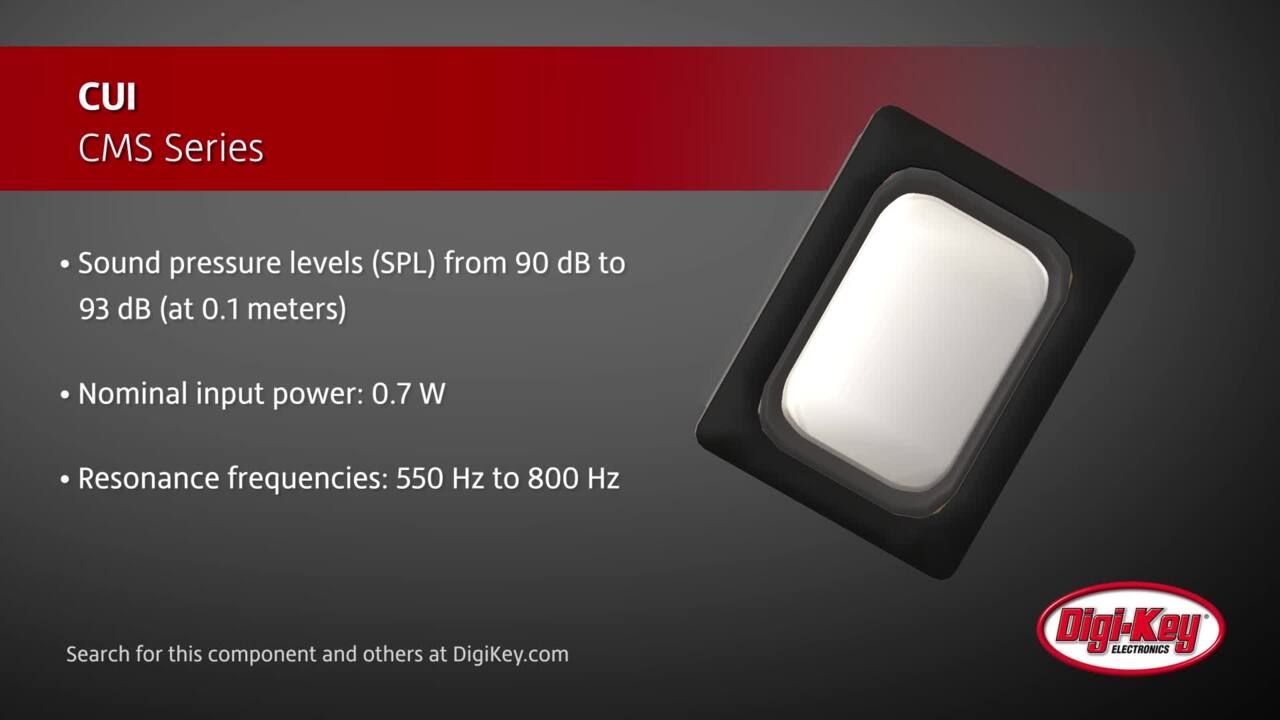 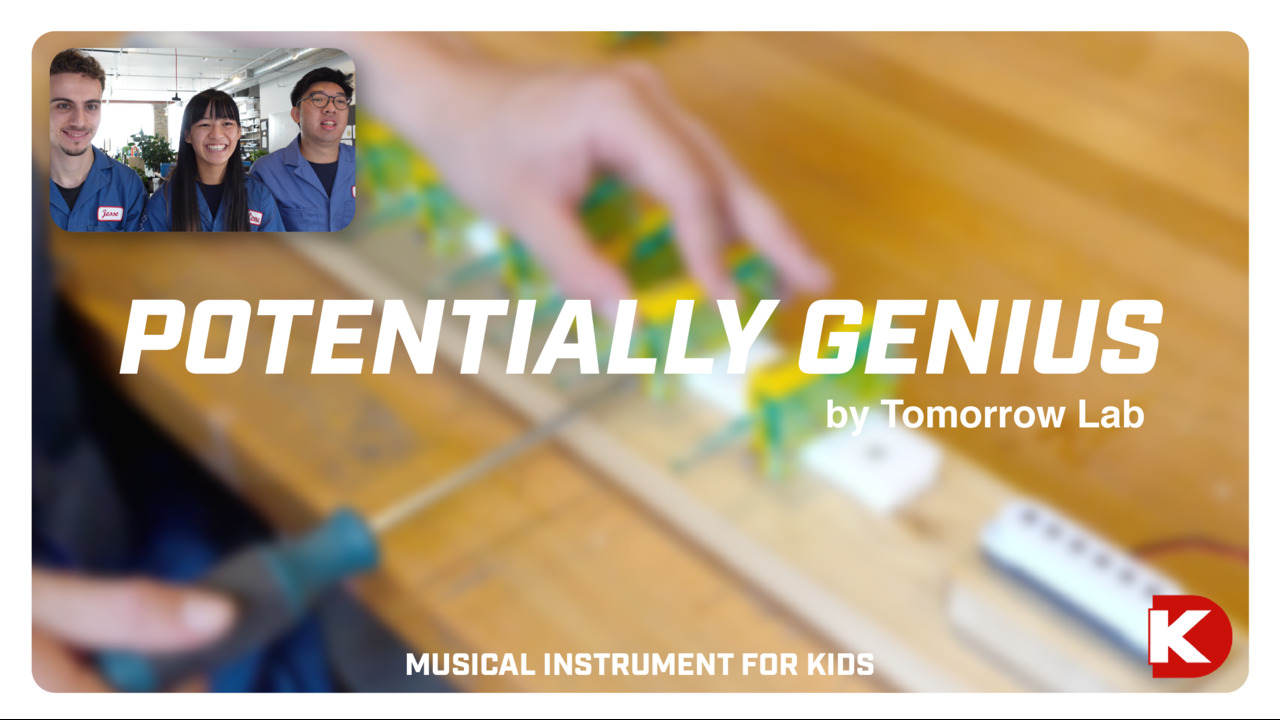