Wearable health and fitness monitors use various techniques to collect a broad spectrum of movement, overall health, and sleep information. For designers, the problem is figuring out how to accommodate end-user demand for more functionality in these wearable monitors for pulse oximetry (SpO2), photoplethysmography (PPG), electrocardiogram (ECG), blood pressure, and respiration rate measurement. Each additional function only adds to the integration, power management, performance, weight, development time, and cost challenges facing designers.

Vital sign monitoring involves measuring a series of physiological parameters that can indicate the health of an individual. For instance, an SpO2 measurement detects the percentage of blood oxygenation and heart rate. The appropriate sensors for SpO2 wearable devices are LEDs and photodiodes.

SpO2 measures the percentage of oxygen saturation in the blood and other vital signs. The blood oxygenation measurement uses an SpO2 technique which evaluates the LED’s light transmission through flesh at different optical frequencies. The SpO2 test can identify poor oxygenation, indicating the onset of diseases or disorders affecting the respiratory system. The data from the SpO2 measurement can also estimate the true arterial O2 saturation, and blood oxygen concentration (SaO2).

When making an SpO2 measurement, the optical system requires a toolbox of various LEDs and photodetectors. The typical signal chain for optical measurements has LEDs that generate several wavelengths that allow the overall identification of the relative blood oxygen level. A series of silicon photodiodes transform the received LED optical signal into a photocurrent. The amplification and ADC conversion of the photodiode’s current produces the needed resolution and accuracy (Figure 1).

Figure 1: The signal chain for the SpO2 test starts with LED light signals through the patient’s flesh. A photodiode captures the through the flesh signals, converting the LED light to a pico-ampere (pA) current signal. A TIA converts that current into a voltage and sends it to an ADC. (Image source: Analog Devices, modified by Bonnie Baker)

The SpO2 test uses 940 nanometer (nm) wavelength infrared (IR) and 660 nm red wavelength LEDs. With the 940 nm IR wavelength, oxygenated hemoglobin absorbs more of the IR light. Deoxygenated hemoglobin absorbs more of the 660 nm red wavelength light. The photodiode receives the non-absorbed light independently from both LEDs. However, these LEDs do not transmit light at the same time. There is a pulse sequence for the LEDs to ensure that crossover errors are negligible (Figure 2).

Figure 2: The SpO2 equipment’s timing of the 660 nm red LED (PulseRED) and the IR LED (PulseIR) ensures no light bleed over from each LED light signal. (Image source: Bonnie Baker)

The perceived signals from the LEDs create AC and DC components. The AC component represents the pulsatile nature of arterial blood. The DC component is a constant that represents the light absorption due to the tissue, venous blood, and non-throbbing arterial blood. This component is the artery non-time-varying portion, which happens during the resting phase of the heart. Equation 1 shows the calculation of the SpO2 percentage:

The LED driver amplifiers need to cycle between two channels to ensure that the red and IR lights do not bleed into each other. The TIA takes the photodiode current and converts it to a voltage output. A gain amplifier increases the signal magnitude in preparation for the ADC input range at the TIA’s voltage output. Following the gain amplifier, an ADC digitizes the signal and sends it to a microcontroller or DSP. Lastly, the entire signal chain requires an analog voltage reference.

A biopotential is an electrical signal due to the body’s electrochemical activity. For example, a biopotential measurement can be an ECG. An exceptionally low heartbeat signal amplitude is 0.5 millivolts (mV) to 4 mV and has a frequency range from 0.05 Hertz (Hz) up to 40 Hz.

In the hospital or doctor’s office, the doctor monitors cardiac activity by attaching electrodes to the skin. Wet electrodes ensure good body contact, typically silver/silver-chloride (Ag/AgCl) pads. Individuals using wearable applications find that these electrodes are extremely uncomfortable and can easily dry out or start to irritate the skin.

As an alternative, the wearable ECG circuit accumulates an electrical charge on a sensing capacitor. With an optimized time constant, calculated from the passive resistor-capacitor (RC) network, the charging process eliminates the variation on the skin-to-electrode contact impedance. In Figure 3, the ECG signal couples into an RC network and TIA1. This ECG circuit has innate immunity to variations in the skin-to-electrode contact impedance.

Figure 3: The ECG+ and ECG- pads are dry connections to the patient. These pads transmit the change in skin charge to the RC network. The BIO-Z1 and BIO-Z2 are connections through a flesh-patch resistor (RBIO-Z), and use TIA2 to measure the change in skin resistance in parallel with RBIO-Z. (Image source Analog Devices, modified by Bonnie Baker)

Bioimpedance is another measurement that provides useful physical information. Impedance measurements provide electrodermal activity information regarding the composition of the body and level of hydration. The second sensing circuit in Figure 3 measures skin resistance by using a pad resistance, RBIO-Z, in parallel with the skin resistance. This test does not require an LED signal. Skin resistance is approximately infinite unless the patient generates moisture or sweat underneath the pad. The generation of body sweat reduces the parallel skin resistance, increasing the current going into the inverting input of TIA2.

The wearable health fitness monitor presents a unique combination of physiological sensing challenges. Each additional requirement increases the circuit complexity and PC board real estate. As the number of health and fitness monitor options grows, so does the need for a highly integrated, complex, and compact IC.

The ADPD4100 and ADPD4101 ICs are complete multimodal sensor front-ends that stimulate up to eight LEDs and measure the return signals with up to eight separate current inputs. Twelve timeslots are available, enabling twelve independent measurements per sampling period. The analog inputs can be driven single-ended or in differential pairs. The eight analog inputs are multiplexed into a single channel or two independent channels, allowing simultaneous sampling of two sensors. The only difference between these two products is that the ADPD4100 has an SPI interface and the ADPD4101 has an I2C interface (Figure 4).

In Figure 4, the digital processing timing control has twelve time slots available, enabling twelve separate measurements per sampling period. Along with external LEDs and photodiodes, the ADPD4100/ADPD4101's flexible architecture helps designers meet their wearable measurement needs by collecting biopotential and bioimpedance data. The ADPD4100 has a complete analog module with a digital SPI interface. The ADPD4101’s digital interface is I2C.

The ADPD4100/ADPD4101 analog signal paths consist of eight current inputs that are configurable as single-ended or differential pairs into one of two independent channels (Figure 5).

In Figure 5, the option of simultaneously sampling two sensors is available with the two TIA channels. Each channel can access a TIA with programmable gain (RF), a bandpass filter (BPF) with a high-pass corner at 100 kilohertz (kHz), a low-pass cutoff frequency of 390 kHz, and an integrator capable of integrating ±7.5 picocoulombs (pC) per sample. Each channel is time multiplexed into a 14-bit ADC. In Figure 5, RINT is the series resistor to the input of the integrator.

The EVAL-ADPD4100Z-PPG evaluation board (Figure 6) is valuable for designers considering the ADPD4100/ADPD4101 photometric front-end. The board implements a simple discrete optical design for vital signs monitoring applications, specifically wrist-based PPG.

Figure 6: The EVAL-ADPD4100Z-PPG board helps evaluate the ADPD4100/ADPD4101 for wrist-based PPG designs. The optical elements (right) comprise three green, one IR, and one red LED, as well as a photodiode. (Image source: Analog Devices)

The EVAL-ADPD4100Z-PPG has three green, one IR, and one red LED, all separately driven. There is also a single on-board photodiode, making this evaluation board ready for immediate operation.

The EVAL-CN0503-ARDZ, in combination with the EVAL-ADICUP3029 development board, has four configurable optical paths (Figure 8). The two outer paths also include perpendicular photodiodes and filter receptacles for fluorescence and scattering measurements. Each path has an excitation LED, condenser lens, beam splitter, reference photodiode, and transmit photodiode.

Figure 8: Fully assembled EVAL-CN503-ARDZ on the top and EVAL-AIDCUP3029 on the bottom. (Image source: Analog Devices)

This optical setup, in conjunction with the CN0503-Device Driver and Wavetool Evaluation Software, provides a path to comprehensive optical liquid analysis.

As shown, the combination of LEDs, photodetectors, an ADC signal path, and twelve timed signal paths provided by the ADPD4101 from Analog Devices creates a high-precision, robust sensing system for wearable medical and recreational devices. With the ADPD4101’s multiple LED and analog channels and superior timing algorithms, the device provides an ideal solution for wearable SpO2, heart ECG, and skin resistance measurements. 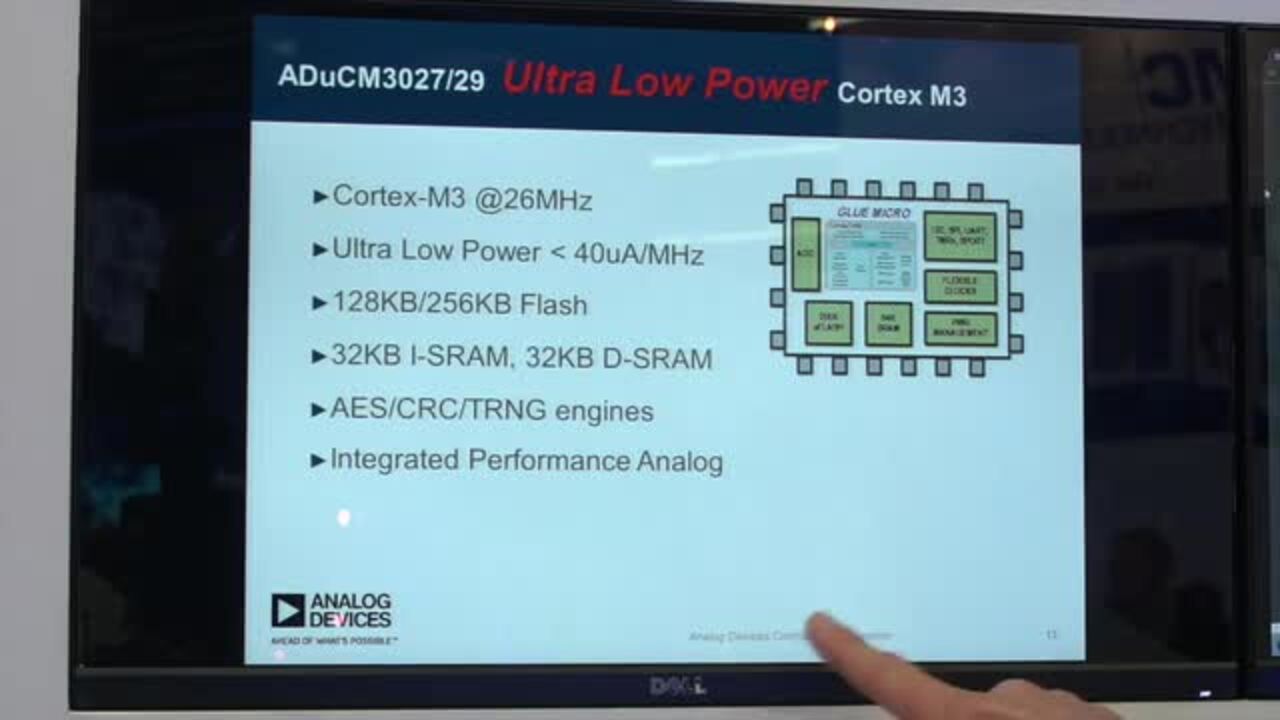 Bonnie Baker is a seasoned analog, mixed-signal, and signal chain professional and electronics engineer. Baker has published and authored hundreds of technical articles, EDN columns, and product features in industry publications. While writing “A Baker's Dozen: Real Analog Solutions for Digital Designers” and co-authoring several other books, she worked as a designer, modeling, and strategic marketing engineer with Burr-Brown, Microchip Technology, Texas Instruments, and Maxim Integrated. Baker has an Electrical Engineering Masters degree from the University of Arizona, Tucson, and a bachelor’s degree in music education from Northern Arizona University (Flagstaff, AZ). She has planned, written, and presented on-line courses on a variety engineering topics, including ADCs, DACs, Operational Amplifiers, Instrumentation Amplifiers, SPICE, and IBIS modeling.

Digi-Key's team of Engineers and Technicians are ready to answer your questions on the TechForum.
Ask a Product Question