Harvesting ambient energy, such as light, vibration or heat differential, to power electronics is such a neat and logical idea; it is not surprising it has captured the imagination of electronics engineers for a decade or more. But it is only in recent years that the technology has become sufficiently operational to be truly viable in mass-market applications. Also, there are some significant market opportunities now emerging.

As increased energy efficiency and reduced carbon emissions receive national and international focus, ambitious programs such as intelligent buildings and smart cities are being enabled by technologies such as RF wireless sensor networks, frequently powered by scavenged ambient energy, and integrated with control systems via cellular or Wi-Fi networks to internet-enabled networks. Other large-scale applications are emerging too, in areas such as security, agriculture, healthcare, environmental monitoring, infrastructure monitoring, and asset management.

At the simplest level, self-sufficient energy harvesting products are moving into the mainstream. Consider the wireless light switch that uses the piezo-electric energy generated by the switching relay to send an RF signal to the light source to turn it on or off. Another example is a wireless temperature sensor powered by energy captured by Peltier elements exploiting a heat differential between two surfaces, which, via a thermoelectric generator enables the sensor values to be transmitted at regular intervals. Tire pressure and wear sensors are probably some of the earliest most successful mass deployments of energy harvesting technology.¹

Advanced energy storage solutions, such as supercapacitors and thin film batteries, have inspired new applications, especially when combined with wireless sensor networks. The storage of harvested energy enables not only continuous operation when there is no ambient energy available, but also more complex, power hungry functions. Even existing battery-operated systems are benefiting from the application of energy harvesting technology as a means of extending the product lifetime or maintenance intervals.

Wireless sensor networks and energy harvesting are regarded as a perfect match for the monitoring applications noted above. It has been said that the implementation of wireless sensors using harvested energy is only feasible today because of the availability of a new generation of ultra-low power microcontrollers (MCUs) capable of running control algorithms and transmitting data using sophisticated power management techniques.

These specialized ultra-low power devices may have taken only some of their inspiration from the innovations and technology used in mainstream microprocessor and SoCs driving battery-powered digital mobile device applications. But for applications where the MCU spends the vast majority of its time asleep, for example, these ultra-low power microcontrollers can be optimized to perform at several orders of magnitude lower power than their more complex and higher performing counterparts designed for smartphones. They do not have the same system functionality, but task for task, their ultra-low power consumption figures are impressive.

Before considering some of the technology currently available, it is worth remembering that designing ultra-low power systems relying largely on scavenged ambient energy requires not only a thorough understanding of the nature of the ambient energy source and the power conversion and handling capability of the transducers, but also, the power needs of the application need to be taken into account in order to select the right hardware for the job. With the trend towards ever more complex processors, especially DSPs, and multi-processor systems design, engineers have become used to implementing an increasing number of processing functions in software. But for the ultimate in energy efficiency, designers must reconsider the hardware/software partitioning and the trade-offs required to optimize ultra-low power operation.

Researchers have demonstrated that typically an MCU spends most of its energy supplying instructions and data to the execution units rather than computational functions. Therefore, if tasks can be done by peripheral circuitry or other hardware while the MCU is in sleep or deep sleep mode, much energy can be saved. Another essential attribute for low power consumption is the ability of the MCU to retain data in non-volatile memory while in sleep mode.

Therefore, when it comes to selecting a microcontroller for an application, the key parameters to look for are power consumption figures in sleep mode, noting that some devices have several progressively lower power modes, and the time and energy required to wake up, which again, can be progressive in some designs.

The Gecko EFM32 microcontroller from Energy Micro, for example, is a 32-bit MCU based on an ARM Cortex 3 core. It is designed for efficient processing and fast response as well as low power operation. It has five operating modes, from fully active to shut down, and includes a standby mode, which allows certain operations while saving energy, and a deep sleep mode. At 32 MHz and 3 V operation, the MCU consumes only 160 μA/MHz while running real code. The deep sleep mode includes RAM and CPU retention, power-on reset and brown-out detection safety features, and a real time counter while using only 900 nA. In shutoff mode, the consumption is only 20 nA. Wake up time from deep sleep is just 2 μs.

On-chip peripherals are designed for low power operation, and can be interconnected for operation without CPU intervention. A low energy sensor interface can control up to 16 external analog sensors while the CPU is in the 900 nA deep sleep mode. It can be set so that the CPU is awakened only if programmable thresholds are exceeded. A range of Gecko starter and development kits is available.

Energy Micro has teamed up with Linear Technology to produce a demonstration system using the Gecko in conjunction with Linear’s LTC3588 piezoelectric energy harvesting power supply. A wireless sensor node acquires data from a three-axis accelerometer and transmits it over a ZigBee RF transceiver. The energy harvested from a piezoelectric transducer is stored on a capacitor bank for later consumption by the accelerometer and radio, as programmed into the MCU’s optimized sequencing software. The MCU spends the majority of its time in sleep mode until awakened by the LTC3588’s ‘power good’ signal. The MCU constantly monitors energy levels to ensure total circuit consumption stays below the harvested energy levels.

Taking a different, more minimalist approach, are the Si1012 and C8051F980-GM microcontrollers from Silicon Labs. Based on an 8051 8-bit core combined with a sub-GHz RF transceiver, the Si10xx family is designed for energy harvesting applications, uses only 25 nA in deep sleep mode, uses 160 µA/MHz in active mode, and takes less than 2 µs to wake up the MCU and settle the analog circuitry. The C8051F980-GM family claims a sleep mode down to 10 nA.

For evaluation purposes, Silicon Labs offers a Reference Design kit which includes a solar cell delivering from 4 to 6 V; a 0.7 mAh thin film battery; a wireless sensor node which reports on light, temperature and the battery charge level; and a USB adapter supplied with the Si4431 EZRadioPRO transceiver for wireless communications operating between 240 and 960 MHz. A DC/DC voltage regulator runs on inputs of 0.9 to 3.6 V. While the processor is in sleep mode, the battery can run the sensor node for up to 7,000 hours, transmitting data on a regular basis. However, if the processor runs and transmits continuously, battery life is around three hours. Battery recharge time is between two and four hours depending on the levels of sunlight available.

A useful device for operating in conjunction with microcontrollers as part of an energy harvesting solution is Cymbet’s CBC915 EnerChip Energy Processor. It is designed to perform a number of ancillary energy and power management tasks such as high efficiency transducer input power conversion, energy storage device management, power output regulation, and intelligent power management during the start-up initialization sequence.

A proprietary maximum peak power tracking algorithm that constantly matches the energy harvesting transducer output impedance claimed to be a superior approach to charge accumulation techniques that do not match the impedance of the transducer to the power conversion stage. The EnerChip EP operates in multiple modes and can communicate with microcontrollers.

Cymbet has teamed up with Texas Instruments, providing support for TI’s MSP430 Value Line LaunchPad development kit. The MSP430 is TI’s ultra-low power 16-bit microcontroller family designed specifically for energy harvesting applications in the measurement, sensing, and metering sectors. It features a low supply voltage range from 1.8 to 3.6 V; low power consumption of just 270 µA in active mode at 1 MHz, 2.2 V, 0.3 µA in standby mode; and 0.1 µA in off mode (with RAM Retention). In addition, it provides a fast wake-up from standby mode in less than 1 µs.

The kit combination provides a cost effective experimentation platform for designers who want to try out energy harvesting technology and applications. Designers can use Cymbet’s EnerChip EH kits to scavenge ambient energy from light, motion, vibration, heat, and electromagnetic sources to power TI’s LaunchPad for developing trial applications. Cymbet is offering a temperature data logging application free of charge as a quick start for TI’s LaunchPad.

A Cymbet device also provides the power for Microchip’s XLP 16bit energy-harvesting development kit. The EVAL-08 Solar Energy Harvester features a high-efficiency solar panel suitable for use with indoor or outdoor light. The harvester captures, manages, and stores energy in two Cymbet EnerChip thin-film rechargeable energy storage devices. The EnerChips supply energy to the XLP development board when light is not available. The kit includes Microchip’s modular development board populated with the PIC24F16KA102 microcontroller.

The nature of the end application will determine whether an energy harvesting system will provide enough power for virtually indefinite autonomous operation, whether battery back up is required, or whether scavenged ambient energy is used to enhance the life of a battery powered system. A number of manufacturers are now offering battery boost converter devices, designed specifically for ultra-low power systems. If the input voltage available is less than the MCU’s specified operating voltage, the boost converter can provide the necessary power to start up the microcontroller. Effectively, it can be used to reduce the MCU’s operating voltage, thereby reducing power consumption. The booster can also be used to power the application while the MCU is in a sleep mode.

With a growing range of applications for energy harvesting solutions in wireless sensor networks in smart buildings and environmental monitoring, and medical applications, the search is on for reliable and extremely efficient components. This article has explored some of the issues to be considered when designing a microcontroller-based system largely powered by harvested ambient energy. There are a number of ultra-low cost MCUs now available and a range of interesting ancillary devices to optimize energy efficiency. 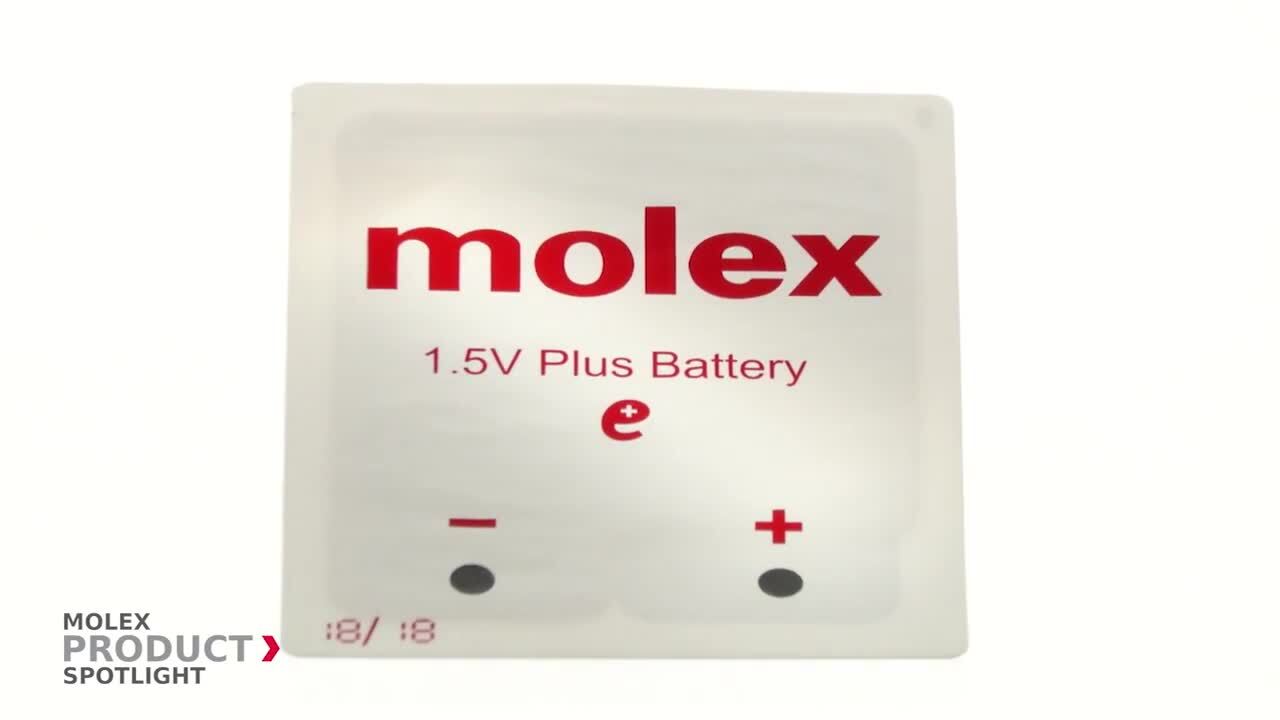