The space around the Earth is filling fast, and thousands more new satellites are due for launch in the next decade. That’s putting pressure on satellite communications (satcoms) designers from two sides. First, available bandwidth for satcoms in the traditional L, C and X bands is fast being used up. Secondly, commercial satellite builders want their products to be lighter and cheaper to launch.

Satcom designers are responding to the lack of RF bandwidth by moving communications from the traditional satellite bands to higher frequency RF bands such as Ku (12 to 18 gigahertz (GHz)). The Ku band offers the potential for greater throughput and is much less congested. With respect to the demand for minimal size, weight, power, and cost (“SWaP-C”), designers are responding by building key elements of the satellite, such as the antenna array, using advanced packaged surface mount devices (SMDs).

Recent developments in satellite and ground station antennas have seen a move away from single-antenna dishes to antenna arrays. Antenna arrays combine two or more elements, each of which essentially perform as mini antenna. The benefits of antenna arrays compared to a conventional antenna for satcoms applications include:

The conventional array structure comprises a 3D-brick configuration made up of electronic assemblies placed side-by-side and attached using multiple connectors and cables. This increases the bulk and complexity of an antenna array, compared with single-antenna dishes.

The solution to this bulk and complexity has come from a focus on low SWaP-C that eliminates the brick-like structure resulting from chip-and-wire or hybrid fabrication techniques. Newer designs are made up of multiple microstrip 2D planar elements based on a pc board substrate using SMD packaging. This planar configuration removes the need for many connectors and cables, enhancing SWaP while increasing reliability and simplifying manufacturing (Figure 1).

Figure 1: The use of low SWaP-C SMD components (right) allows for a reduction in the bulk of satcom antenna arrays compared with a conventional 3D brick assembly (left). (Image source: Knowles DLI)

SMDs not only considerably reduce the bulk of the antenna array, but they also allow for the use of a single automated assembly line, dramatically reducing the cost of production compared to a conventional chip-and-wire or hybrid approach. SMD assembly also helps accelerate time to market.

Such advances have been made possible because of a new generation of SMD components that can perform reliably in space at high operational frequencies. The devices feature innovative dielectrics, tight tolerance, thin-film manufacturing, and novel microstrip line topologies to provide a high performance/footprint ratio.

There are several power divider configurations, but for high-frequency applications, power dividers typically take the form of a microstrip line Wilkinson design (Figure 2). In the basic form, each leg of the divider measures one quarter the wavelength of the incoming RF signal. For example, for an incoming signal with a center frequency of 15 GHz, each leg would be 5 millimeters (mm) in length. The legs operate as quarter-wavelength impedance transformers.

An isolating resistor is used to match the output ports; because there is zero potential between the output ports, no current flows through the resistor so it doesn’t contribute to resistive losses. The resistor also provides excellent isolation, even when the device is used in reverse (as a power combiner), thereby limiting crosstalk between individual channels.

To limit losses as the power is being split, the two output ports of the power divider must each appear as an impedance of 2 Zo. (The 2 Zo in parallel will present an overall impedance of Zo.)

For an equal power distribution with R = 2 Zo, then:

Zo = the characteristic impedance of the overall system

A scattering matrix (S matrix) contains the scattering parameters used to describe the electrical performance of an RF linear network such as a Wilkinson power divider. Figure 3 shows the S matrix for the simple form of power divider shown in Figure 2.

Key characteristics of the S matrix include the following:

The return loss, isolation, amplitude balance, and phase balance characteristics of a power divider are critical to the performance of the antenna array in the following ways:

The directional coupler is another component that performs an important role in antenna arrays by consistently measuring the transmit and receive power of the array elements. The directional coupler is a passive device which couples a known amount of transmission or receive power through to another port from where it can be measured. The coupling is typically achieved by positioning two conductors close to each other such that the energy passing through one line is coupled to the other.

The device has four ports: input, transmitted, coupled and isolated. The main transmission line is situated between Ports 1 and 2. The isolated port is terminated with an internal or external matched load (typically 50 Ω), while the coupled port (3) is used to tap the coupled energy. The coupled port typically delivers a fraction of the energy of the main line and often features a smaller connector to distinguish it from the main line Ports 1 and 2. The coupled port can be used to obtain signal power level and frequency information without interrupting the main power flow in the system. Power entering the transmitted port flows to the isolated port and does not affect the output of the coupled port (Figure 5).

Figure 5: The coupled port (P3) of a power divider passes on some fraction of the power delivered to the input port (P1), with the rest passing through the transmitted port (P2). The isolated port (P4) is terminated with an internal or external matched load. (Image source: Spinningspark at Wikipedia)

The key characteristic of a coupler is the coupling factor.

This is defined as:

The simplest form of coupler features a right-angled topology whereby the coupled lines run adjacent for one quarter of the wavelength of the input signal (e.g., 5 mm for a 15 GHz signal). This type of coupler typically produces half the input power at Port 3 (i.e., it has a coupling factor of 3 dB), with the power at the transmitted port also reduced by 3 dB. (Figure 6).

As is the case with the power divider, there are some key characteristics of the directional coupler that impact the performance of the antenna array. These characteristics include the following:

While RF directional couplers can be implemented using a variety of techniques, it is the microstrip line type that are finding favor in low SWaP-C satcom applications because of their small size. One example is Knowles’ FPC06078 directional coupler. The device is an SMD microstrip line device that measures 2.5 x 2.0 x 0.4 mm. It has an operating temperature range of -55°C to +125°C and a characteristic impedance of 50 Ω.

While the coupling factor is frequency dependent, a high-quality directional coupler will exhibit a relatively flat coupling frequency response. From Figure 7 below, it can be seen that the Knowles device exhibits a nominal coupling factor of 20 dB, which varies by only 2 dB across an operational range of 12 to 18 GHz. The FPC06078 directional coupler features an insertion loss of 0.3 dB and a minimum return loss of 15 dB. The device’s directivity is 14 dB (Figure 8).

Figure 7: Shown is the frequency response of the FPC06078 directional coupler. The device exhibits a nominal coupling factor of -20 dB and a low insertion loss of 0.3 dB. (Image source: Knowles DLI)

Figure 8: Shown is a graph of the FPC06078 directional coupler’s directivity. For higher antenna array performance, the directivity, which is related to isolation, should be maximized. (Image source: Knowles DLI)

Designers are responding to the demand for low SWaP-C in satcom applications by employing compact SMD passive components. Examples include the power dividers and directional couplers used in the fabrication of the satellite’s antenna arrays. 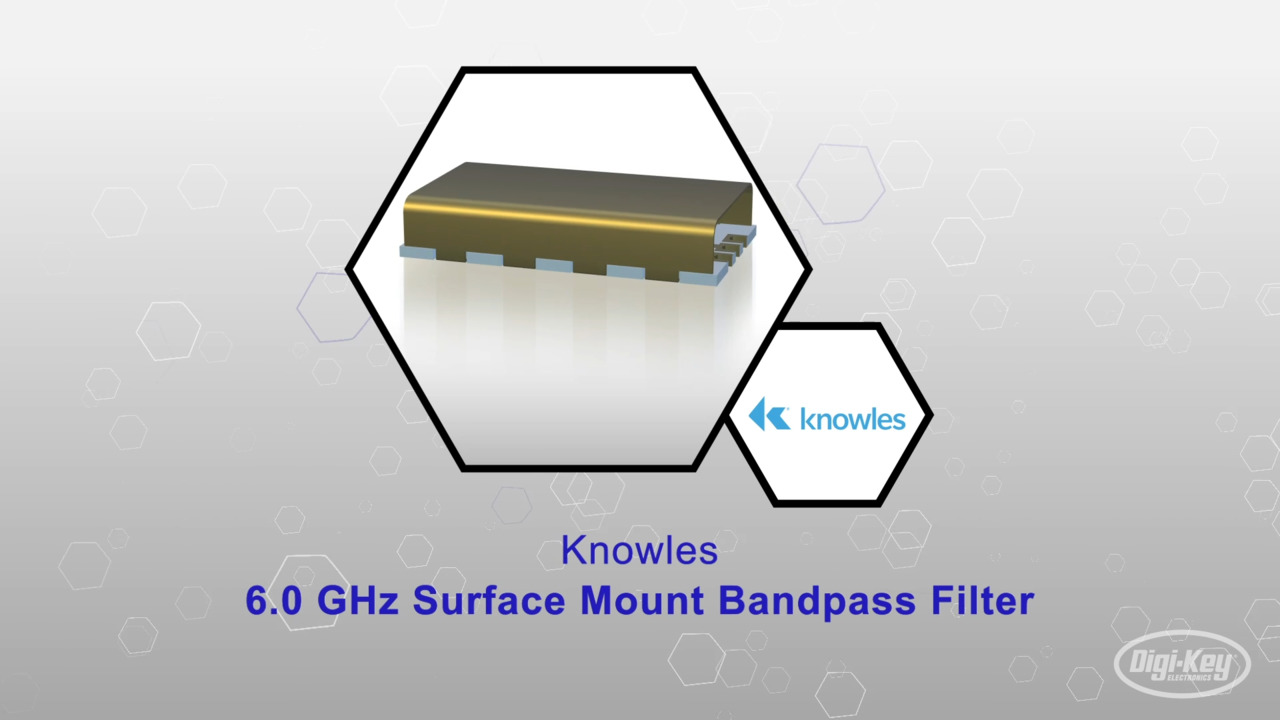 Steven Keeping is a contributing author at Digi-Key Electronics. He obtained an HNC in Applied Physics from Bournemouth University, U.K., and a BEng (Hons.) from Brighton University, U.K., before embarking on a seven-year career as an electronics manufacturing engineer with Eurotherm and BOC. For the last two decades, Steven has worked as a technology journalist, editor and publisher. He moved to Sydney in 2001 so he could road- and mountain-bike all year round, and work as editor of Australian Electronics Engineering. Steven became a freelance journalist in 2006 and his specialities include RF, LEDs and power management.

How can I quickly find answers to my questions?

Please visit the Help & Support area of our website to find information regarding ordering, shipping, delivery and more.